I am currently at the University of Dundee and as part of my course I had the pleasure to embark in a research in practice placement supporting the development of practical solutions for flood resilience.  The aim of my placement was: To develop a concept of a multi-participatory game based on reality for flood response and community flood resilience in Scotland which was fun to play. 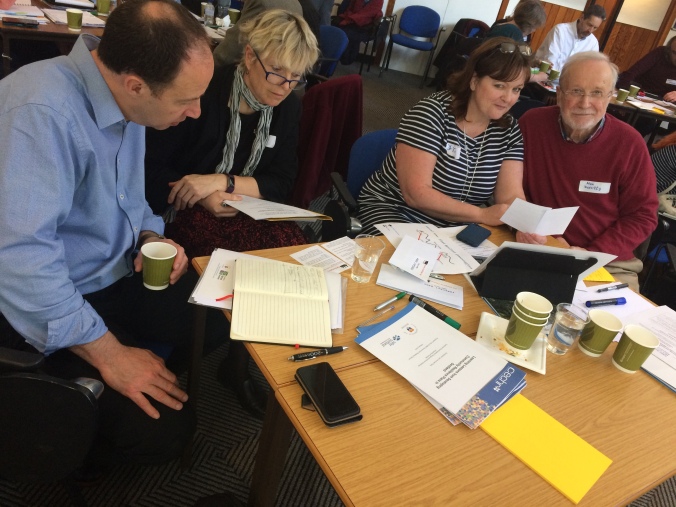 Serious games are interactive and fun educational tools which allow players to learn from experience in a safe environment. The niche of the game I was focussing on was learning and understanding the different channels of communication during a flood. My placement involved desk-based research, setting up and attending meetings with key individuals, for example a gaming expert, running workshops and shaping the concept of the game into a prototype.

Two workshops were held, one with flood experts with representatives from SEPA, Scottish Flood Forum and a Local Authority, and another with university research students. The concept of the serious game was played, and constructive feedback was received in a discussion to assist the development. This was analysed and eight key areas arose: name, aim, audience, timing, players, graphics, education and ethics. Alterations were made and the serious game, now known as FORECAsT, became a prototype and was successfully ran at a CASCADE-NET Emergency Response seminar.

The FORECAsT game was run to support a CASCADE-NET seminar on Civil Society and Emergency Response: conflicting discourses of dependency and empowerment, with over 40 attendees from multiple disciplines including the Scottish Government, academics, local councils, and flood experts. This was an amazing opportunity for myself and the game as it promoted integration of serious gaming as an educational tool into wider society. The attendees were grouped into a number of roles all involved in receiving flood forecasting information. The players had to decide who and how to respond and communicate with other players using post-it notes, and news headlines and social media messages.

Overall, there was a very positive response and it stimulated a lot of discussion around the topic ‘reducing dependency and enhancing empowerment’ which was the main question the game supported in the seminar. The player’s feedback highlighted that they really began to understand the different channels of communication from the perspectives of each role during flood response. They were challenged, educated and had fun acting out a real life situation but in a safe environment. This opportunity has given the game FORECAsT a great prospect, ready for the next stages of development.

Throughout the course of my placement I was given several unique opportunities and a vast amount of valuable experience which I highly appreciated. I was fortunate to have worked collaboratively with those trying to develop the game FORECAsT and I believe it definitely has the potential to be established into a functional game in the future. Overall, it was an exciting new project to work on and I learnt the importance of support from other colleagues and the main factor- to enjoy your job!

Paul Laidlaw, Community Resilience Manager with the Scottish Flood Forum, reports on efforts to support engagement with communities at risk of flooding.

The Scottish Flood Forum (SFF) recently launched a pilot Good Practice Framework (GPF) to support engagement with flood risk communities. The work is being developed in partnership with the National Centre For Resilience in Scotland (NCR) who were established in 2016 to ensure communities across Scotland are fully and adequately prepared for natural hazards such as flooding and landslides.

Stonehaven (pictured) is a community where examples of good practice can be used to support others involved in engagement with flood risk communities. Source: Metro

Launch of the new good practice framework, a partnership between the Scottish Flood Forum and the National Centre for Resilience.

Our work at the Scottish Flood Forum is committed to supporting engagement with flood risk communities and the GPF offers a range of soft guidance to support local authority staff and others with an interest in high quality engagement. The GPF offers information on starting community flood resilience groups, setting up a flood warden scheme, partnership working, developing community flood plans and a set of draft principles that can help to provide a strong foundation to develop engagement with flood risk communities. 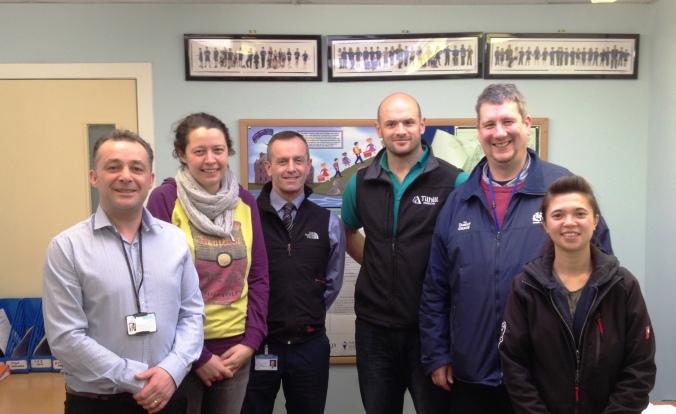 Paul Laidlaw (left) pictured with others involved in engagement with the community of Menstrie in Clackmannanshire.

The framework can be viewed at Resilience Direct under the NCR page and by accessing working groups. The SFF would love to hear feedback from those involved in community engagement on its usefulness and any suggestions to improve the GPF. For more information contact paul.laidlaw@scottishfloodforum.org

Fiona Cuthill, assistant flood risk management consultant and editor of the Royal Scottish Geographical Society Young Geographer magazine, reports on a recent conference which looked into learning to live with floods in Scotland.

In March 2017, the Royal Society of Edinburgh  hosted an event which brought together flood resilience experts to discuss how we can learn to live with floods and the associated challenges for science and management. Speakers from academic institutions, government bodies and private consultancies discussed their research about how resilience to flooding can be achieved. 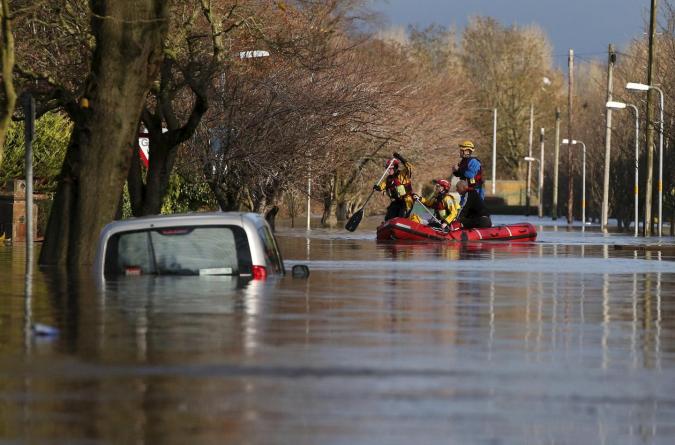 One of the themes explored at the conference was the use of engineering approaches to create flood resilient communities. Professor David Balmforth (MWH Global) explored the benefits of creating blue-green cities as a way to manage surface water runoff and allow urban areas to become more resilient by preventing damaging flows occurring. Dr Mark Wilkinson (James Hutton Institute) advocated the use of Natural Flood Management techniques in catchments to reduce flood risk, while highlighting their non-disruptive nature to current land use practices, as exemplified in the case of Balruddery Farm, Dundee.

Community engagement was another key theme presented at the conference with Michael Cranston (RAB Consultants/University of Dundee) discussing research undertaken into the effectiveness of SEPA flood warnings. Following a series of workshops and questionnaires with community groups, it was found that most customers are happy with the service and do take action when a warning is issued. However, customers would like more information provided in the warnings to help improve their preparedness and resiliency to flood events.

Professor Ioan Fazey (University of Dundee) discussed his community engagement work in the Solomon Islands, and explained the necessity to tackle issues that weaken social cohesion to allow communities to build resilience. He also indicated the growing need for practitioners to enhance their facilitation skills to work through tensions within community groups to help build a greater resilience capacity, referencing the climate resilient communities work in the Scottish Borders.

Finally, Professor Edmund Penning-Rowsell (Universities of Oxford and Middlesex) discussed the Flood-Re insurance scheme which helps people living in high flood risk areas to afford premiums. However, Penning-Rowsell argued that subsidised premiums mean those living in high flood risk areas may be less inclined to pay for measures that will prevent their homes or businesses being flooded in the future. As a result, other ways of increasing the number of insured households will have to be tried.

Overall, the conference highlighted the need for continued improvement to our understanding of flooding and the best methodologies to build flood resilience. With flooding listed as the top environmental risk to the UK over the next century, this conference was a timely reminder that we need to continually update our knowledge and understanding of flooding to enhance the resilience of flood-prone and flood-affected communities.

The full report from the conference can be found here.